Rheumatoid arthritis affects the cells that line and normally lubricate the joints. This is a systemic condition which affect the whole body, and may affect multiple joints, usually on both sides of the body. The synovium becomes inflamed and erodes the cartilage and bone. The swollen tissue may also stretch the surrounding ligaments resulting in deformity and instability. The inflammation may also spread to the tendons, this resulting in stretching out of and ruptures of the tendons. Rheumatoid arthritis of the hand is most common in the wrist and the finger MP and PIP joints.

RA is a systemic (whole body) autoimmune disease. Some genetic and environmental factors impact on the risk for RA. Rheumatoid arthritis affects 0.25% of the general population, and women three times as often as men. This is the most common chronic inflammatory rheumatism. Although the disease can occur at any age, the first symptoms usually occur around 40 to 60 years.

Rheumatoid arthritis affects the joints (synovial tissue). It is a systemic disease, which means that it can affect many joints, usually in a symmetrical manner.

The synovial joint becomes inflamed, and erodes the cartilage and bone. This hypertrophic synovium, due to its growing volume, will also occupy more space than available within the joint. This will cause tensioning of the ligaments and the articular capsule surrounding it and distort them, which will result in deformation and instability of the joints.

Inflammation progressively erodes the tendons and can lead to their rupture.

This rupture can also occur by a phenomenon of friction of the tendons on the deformed bone structures.

Rheumatoid arthritis of the hand is more commonly seen in the joints of the wrist and fingers.

The joints that are most often affected by rheumatoid arthritis are the hands, wrists, feet, ankles, knees, shoulders and elbows. The disease usually causes symmetrical inflammation of the joints of the body. The symptoms are:

– Inflammation of the joints.

– Deformity of the joints.

Treatment is first and foremost medical. Anti-inflammatory treatments, oral corticosteroids or cortisone injections may be prescribed. Various treatments are available today, including methotrexate, cyclosporine, and new drugs (biological treatments) that inhibit the body’s immune system to reduce inflammation and pain. It is based above all on the use of ortheses or custom-made splint.

When sufficient medical treatment becomes insufficient to alleviate the pain, or if there is a tendon rupture, or deformation of the fingers, surgical treatment may be considered.

Preventive surgery includes removal of nodules and release of pressure on the tendons by removing degenerated tissue or bone irregularities that can erode the tendons. If a tendon is ruptured, it must be repaired with a transfer or a tendon graft. Surgical treatments of arthritic joints include resection of inflammatory synovial tissue, joint replacements, and joint fusion. Specific procedures depend on a variety of factors, including the type of joint involved, the severity of the condition, and the condition of the adjacent joints. 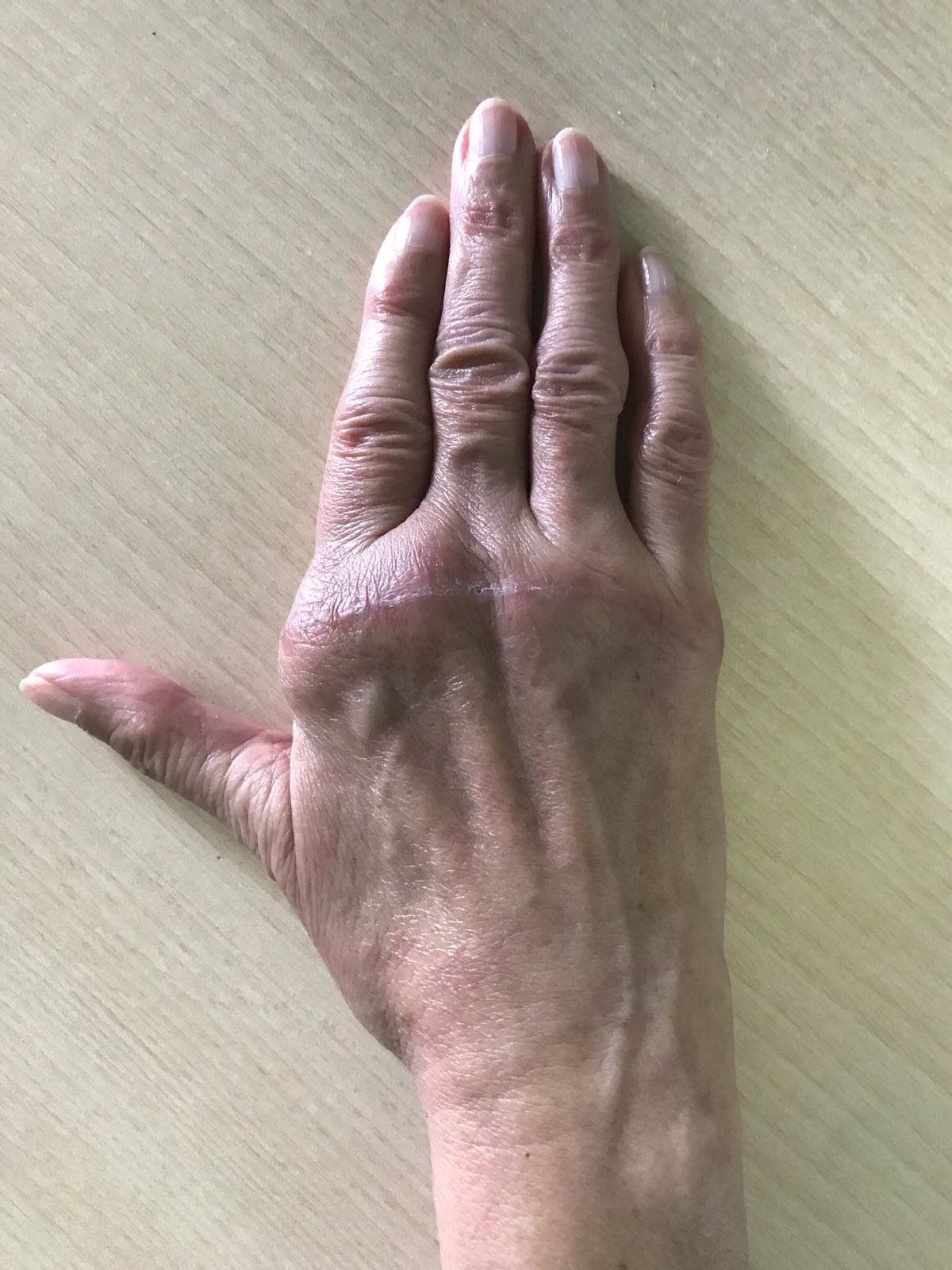 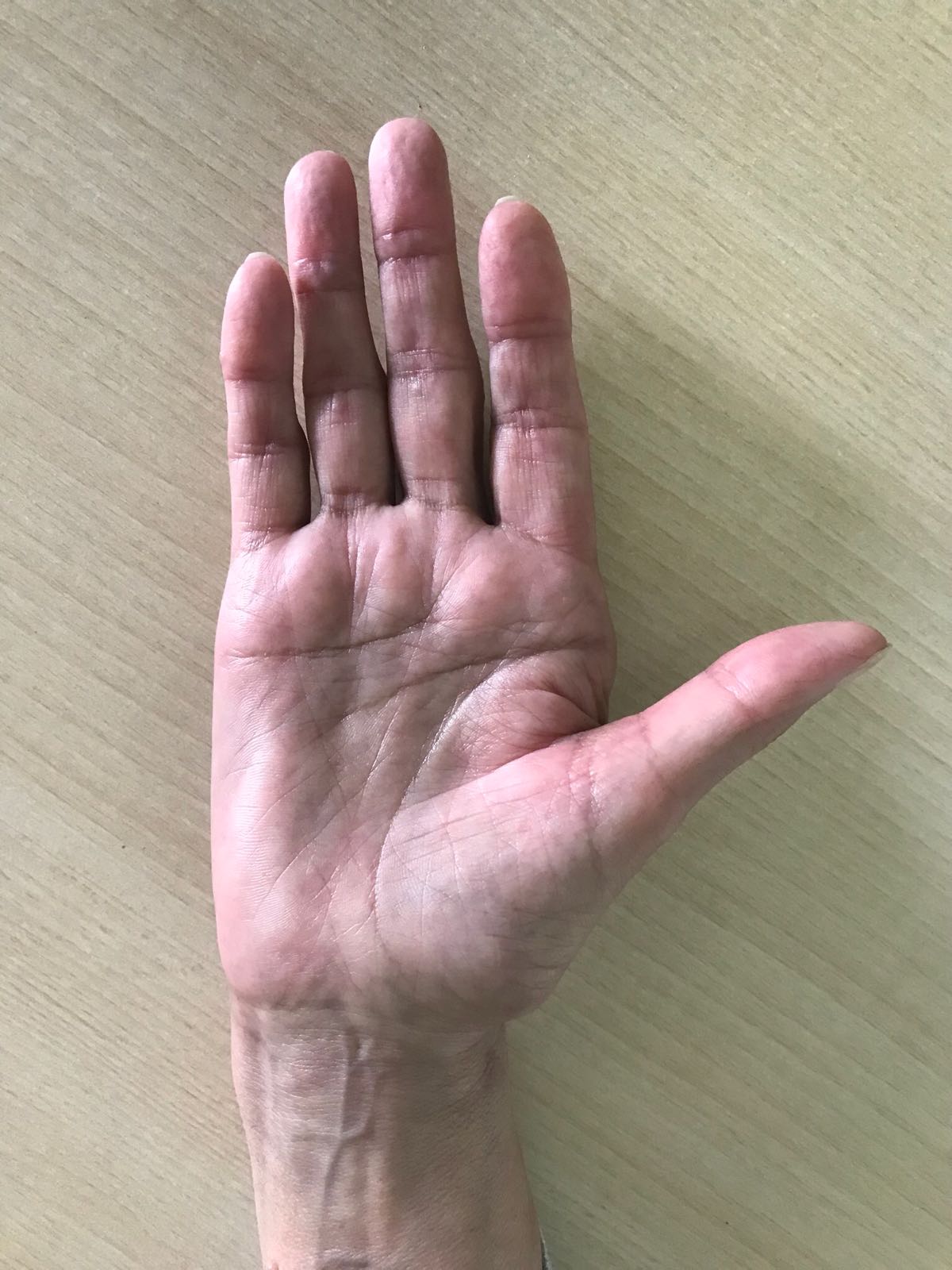